Today we have visited St. Paul’s Cathedral.  After looking at all the monuments and statues in the auditorium, we went into the crypt.  There we were very much impressed by Wellington’s and Nelson’s tombs—massive affairs, with no inscription except the name—and especially by Wellington’s funeral “chariot,” as it were.  It is a huge iron chariot, cast from French canon which he had captured, cost £13,000, and was two months being cast.  It has been used only that once to carry Wellington from the place where he was lying in state to St. Pauls.  From the crypt we went up 260 steps to the whispering gallery which was most interesting.  Then Father and Queen went on up into the dome while Emrick and I waited below for them.  From St. Paul’s we went to City Road and had a very pleasant call on Mrs. Monroe’s mother and sister.  After our call, the rain drove us back to the hotel and has kept us here ever since. 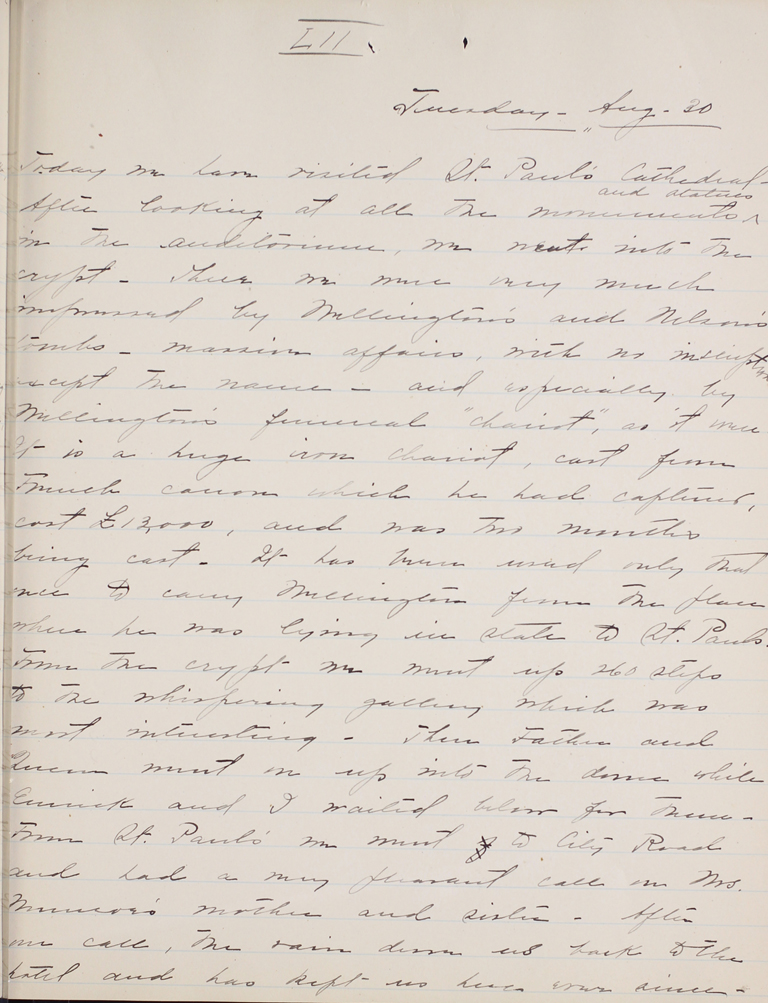