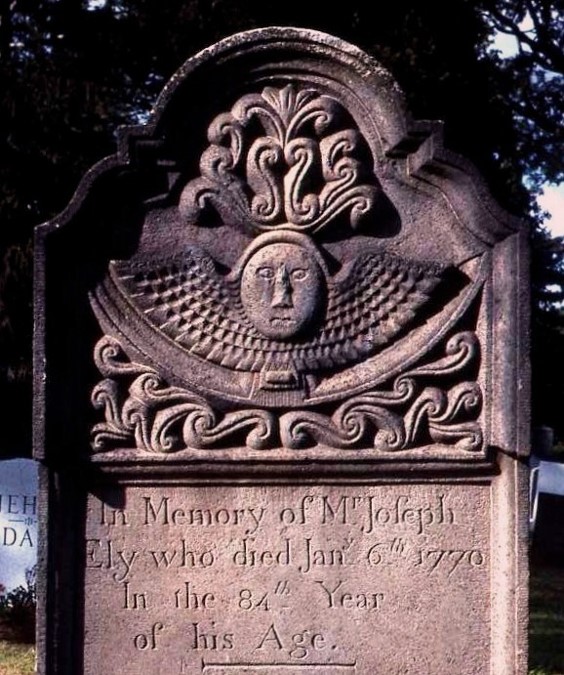 Handwrought Gravestones in Holyoke and vicinity, c.1720 to 1840:  An Introduction to Some of the Men Who Made Them

During the eighteenth and early nineteenth centuries, most of the gravestones in what is now Holyoke were made at stonecutting shops in surrounding towns.  Until around 1800, all of the work was done manually – the mannerisms of each stonecutter enable one to differentiate the work of one stonecutter from another.  In this presentation Bob Drinkwater will introduce you to some of the stonecutters who worked in the Lower Pioneer Valley prior to the Industrial Revolution.

Bob (Robert W.) Drinkwater, an historical archaeologist, holds an M.A. in Anthropology from the University of Massachusetts, Amherst.  He has spent much of the past five decades exploring cemeteries in western Massachusetts, has recorded and photographed thousands of gravestones, and has done research on many of the men who made them.  Bob is a charter member and past president of The Association for Gravestone Studies (AGS), has served several terms on the AGS Board of Trustees, and was the recipient of the 2016 Harriette Merrifield Forbes Award.  He recently completed a book about gravestones for African Americans: In Memory of Susan Freedom: Searching for the Gravestones of African Americans in Western Massachusetts (in press), and he is currently working on a book about the gravestone cutters who worked in western Massachusetts during the eighteenth- and early nineteenth-centuries.