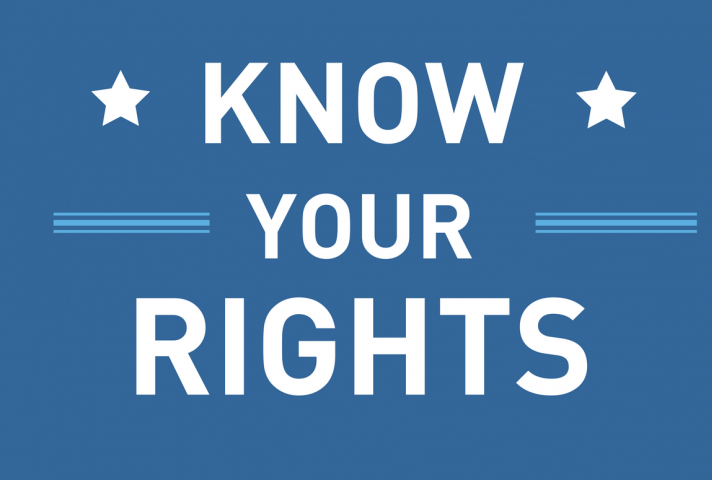 Interactive public workshop with local civil rights attorney Luke Ryan on how to assert and protect your rights if you are stopped, questioned, arrested, or have any other encounter with law enforcement. This workshop is free and open to all, presented at El Mercado at 401 Main St., Holyoke. Live Spanish translation will be available.

LUKE RYAN
Luke Ryan is a partner at the Northampton law firm Sasson, Turnbull, Ryan & Hoose, and a fifth generation native of Northampton, Massachusetts. He received a bachelor’s degree from Amherst College in 1994 and a juris doctor degree, magna cum laude, from Western New England College School of Law in 2005. While at Western New England, Luke served as editor-in-chief of the Law Review and published a note on the necessity defense. Luke concentrates his practice in criminal defense at the trial and appellate level and in civil rights litigation. He is cooperating attorney with the American Civil Liberties Union of Massachusetts and has collaborated with the Center for Constitutional Rights. In 2009, he published a law review article with his sister, Molly Ryan Strehorn, on the rights of criminal defendants to access internal affairs files in self-defense cases, and in 2012, lectured on abusive police interrogation practices at a Forensic Summit sponsored by Massachusetts Continuing Legal Education, Inc. Luke has been active in many community organizations over the years including the Performance Project, Out Now, Arise for Social Justice and Springfield No One Leaves. From 2005 to 2007, he clerked for United States District Judge Michael Ponsor. Luke has been named a rising star by Massachusetts Super Lawyers in both 2013 and 2014 in the area of criminal defense. The “rising star” status is given to lawyers who have been in practice less than ten years.” This workshop is free and open to the public.