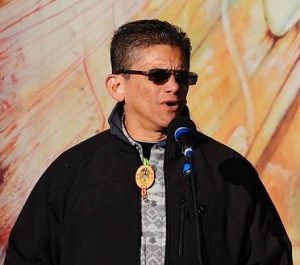 Join Rafael Rodriguez Cruz, author of the book El Gran Siempie as he speaks about the Afro-Antillian roots of Bomba in Puerto Rico.

Rafael Rodríguez Cruz is a long-term resident of Springfield, Massachusetts. He has a law degree from Western New England University (93), and he is a licensed attorney in Connecticut. Rafael is a member of the board of directors of ARISE for Social Justice. He writes for several magazines in Puerto Rico (Claridad, 80grados) and Spain (Rebelion). In 2014 he won a first prize literary award, during the Havana International Book Fair, with a work on Native American Environmental Perspectives. In 2006 he published a book (El gran sempié) on short stories about the Afrocaribbean culture in the Southeast of Puerto Rico, particularly in the town of Guayama. He has a forthcoming book on Afrocaribbean poetry in Puerto Rico.

The Institute of Puerto Rican Culture (ICP) is an institution of the Government of Puerto Rico responsible for the establishment of the cultural policies required in order to study, preserve, promote, enrich, and diffuse the cultural values of Puerto Rico. These include 18 Museums and a Ceremonial Taíno Indigenous Archeological Park.