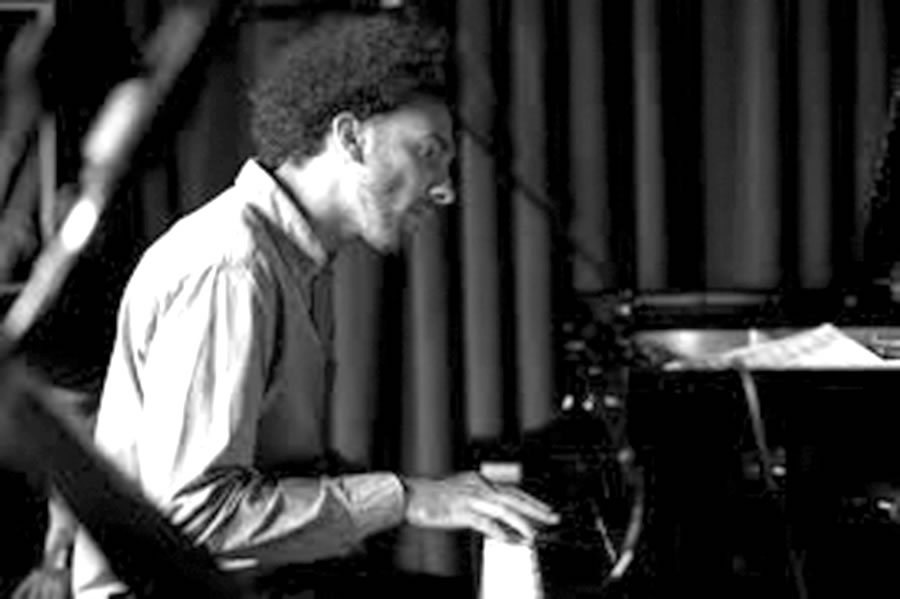 Valley Jazz shares returns to Wistariahurst Museum with David Virelles and the Romain Diaz Duo performing music that draws its inspiration from the Carabalí culture and the Abakuá society.

For details and to purchase tickets www.jazzshares.org. Admission $15

Pioneer Valley Jazz Shares concludes its 3rd season with a performance by David Virelles, piano, and Román Díaz, percussion and voice, on day June 11, at 7:30pm at Wistariahurst Museum, 238 Cabot St., Holyoke, MA.
Born and raised in Cuba, pianist and composer David Virelles left for Canada in 2001 as a protégé of Canadian musician Jane Bunnett, with whom he toured and recorded several albums. He studied privately with pianist Barry Harris and also studied composition with Henry Threadgill, who had a deep impact in Virelles’ personal musical outlook. Over the years he has performed and/or recorded with: Tomasz Stanko, Steve Coleman, Sam Rivers, Hermeto Pascoal, José Luis Quintana “Changuito”, Horacio “El Negro” Hernández, Paul Motian, David Binney, Miguel Zenón, Cuban visual artist Alberto Lescay, Wadada Leo Smith, Milford Graves, among others.
In 2003, he became the first recipient of the Oscar Peterson prize, presented by Peterson himself while Virelles was a student at Humber College in Toronto. His debut album, Motion, was released in 2007 after winning the Grand Prix de Jazz Award at the Montréal Jazz Festival.
David’s album Continuum, which featured bassist Ben Street, legendary drummer Andrew Cyrille and percussionist Román Díaz, garnered critical success worldwide, selected “Best of the Year 2012″ by the New York Times.
“One of New York’s best pianists has put together his own quartet, playing mature, mysterious, suite-like music, informed by the best post-’60s New York vanguardists,” wrote The New York Times. “At times it sounds like one of Andrew Hill’s small groups playing for the Yoruba saints…”
More recently, Virelles released Mbókò – Sacred Music for Piano, Two Basses, Drum Set and Biankoméko Abakuá (ECM), featuring drummer Marcus Gilmore, bassists Thomas Morgan and Robert Hurst and Román Díaz. The music draws its inspiration from the Carabalí culture and the Abakuá society and continues the conversation that began with Continuum. It has been widely praised as one of the Best Recordings of 2014.
“This kind of album would not have been possible without Román’s contribution – because of what he represents, not only as a musician but also as a carrier of culture, being a title-holder in this tradition,” Virelles explains. “We have developed a kind of playing together that shaped the record’s overall sound.”
In 2009 Pedro Martínez and Román Díaz recorded The Real Rumba, capturing essential Afro-Cuban cultural and religious music. “The incredibly talented Pedro Martínez and Román Díaz have joined the pantheon with the best Afro-Cuban rumba recording in recent memory,” writes Pablo Yglesias. “There are moments on this CD where you will go into a trance, and others where you want to get up and dance. Very highly recommended.”
Pioneer Valley Jazz Shares concerts are produced by a group of music lovers who have purchased jazz shares. Like farm shares, where stakeholders ensure the success of the farm by pre-paying for food, Pioneer Valley Jazz Share members purchase jazz shares to provide the capital needed to produce concerts with minimal institutional support. Operating under the fiscal sponsorship of The Northampton Center for the Arts, we are a grassroots, all-volunteer organization dedicated to the continued vitality of the music. Shares and single tickets ($15) are available at www.jazzshares.org and at the door. Thanks to our business sponsors: Davis Financial Group, Florence Savings Bank, UMass Fine Arts Center, Downtown Sounds, Carol Abbe Smith Delap Real Estate, River Valley Market, Simmer Music, Bueno y Sano, Tony Margherita Management, Haydenville Woodworking & Design, One-Way Screen Printing, Barbara Ween: Visage and Dean’s Beans.